Static content deployment (SCD) has a significant impact on the store deployment process that depends on how much content to generate—such as images, scripts, CSS, videos, themes, locales, and web pages—and when to generate the content. For example, the default strategy generates static content during the deploy phase when the site is in maintenance mode; however, this deployment strategy takes time to write the content directly to the mounted pub/static directory. You have several options or strategies to help you improve the deployment time depending on your needs.

You can improve the SCD load time during the deployment process if you skip copying the static view files in the var/view_preprocessed directory and generate minified HTML when requested. You can activate this by setting the SKIP_HTML_MINIFICATION global environment variable to true in the .magento.env.yaml file.

Beginning with the ece-tools package version 2002.0.13, the default value for the SKIP_HTML_MINIFICATION variable is set to true.

You can save more deployment time and disk space by reducing the amount of unnecessary theme files. For example, you can deploy the magento/backend theme in English and a custom theme in other languages. You can configure these theme settings with the SCD_MATRIX environment variable. 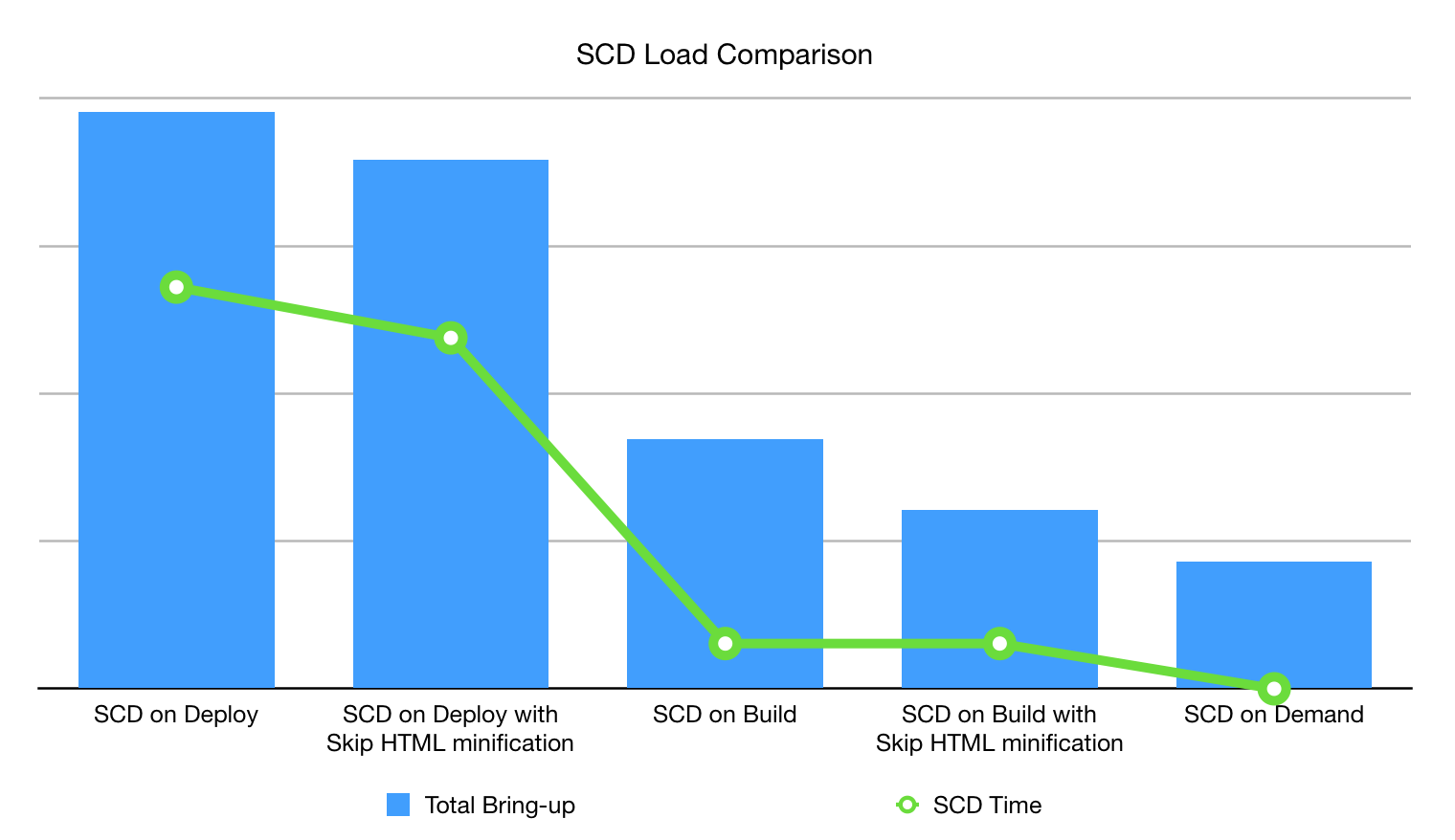 Setting the SCD on build

Generating static content during the build phase with minified HTML is the optimal configuration for zero-downtime deployments, also known as the ideal state. Instead of copying files to a mounted drive, it creates a symlink from the ./init/pub/static directory.

To configure your project to generate SCD on build:

Setting the SCD on demand

Generating SCD on demand is optimal for a development workflow in the Integration environment. It decreases deployment time so that you can quickly review your implementations and run integration tests. Enable the SCD_ON_DEMAND environment variable in the global stage of the .magento.env.yaml file. The SCD_ON_DEMAND variable overrides all other configurations related to SCD and clears existing content from the ~/pub/static directory.

When using the SCD on-demand strategy, it helps to preload the cache with pages you expect to request, such as the home page. Add your list of expected pages in the WARM_UP_PAGES environment variable in the post-deploy stage of the .magento.env.yaml file.

Do not use the SCD on-demand strategy in the Production environment.

In some cases you could choose to skip generating static content completely. You can set the SKIP_SCD environment variable in the global stage to ignore other configurations related to SCD. This does not affect existing content in the ~/pub/static directory.

Edit this page on GitHub
Give us feedback