This topic shows you how to add an appearance to Page Builder’s native content types. An overview of the steps and the files you need to add are illustrated here:

To add a new appearance option for one of Page Builder’s native content types (such as the Banner), create a new di.xml file in your module, as shown here:

File and location for the VisualSelect class

The following table describes the configuration arguments for each appearance option.

You can use any design tool to create your SVG. But if you want to match your appearance icons to Page Builder’s icons perfectly, use the SVG structure and dimensions shown here: 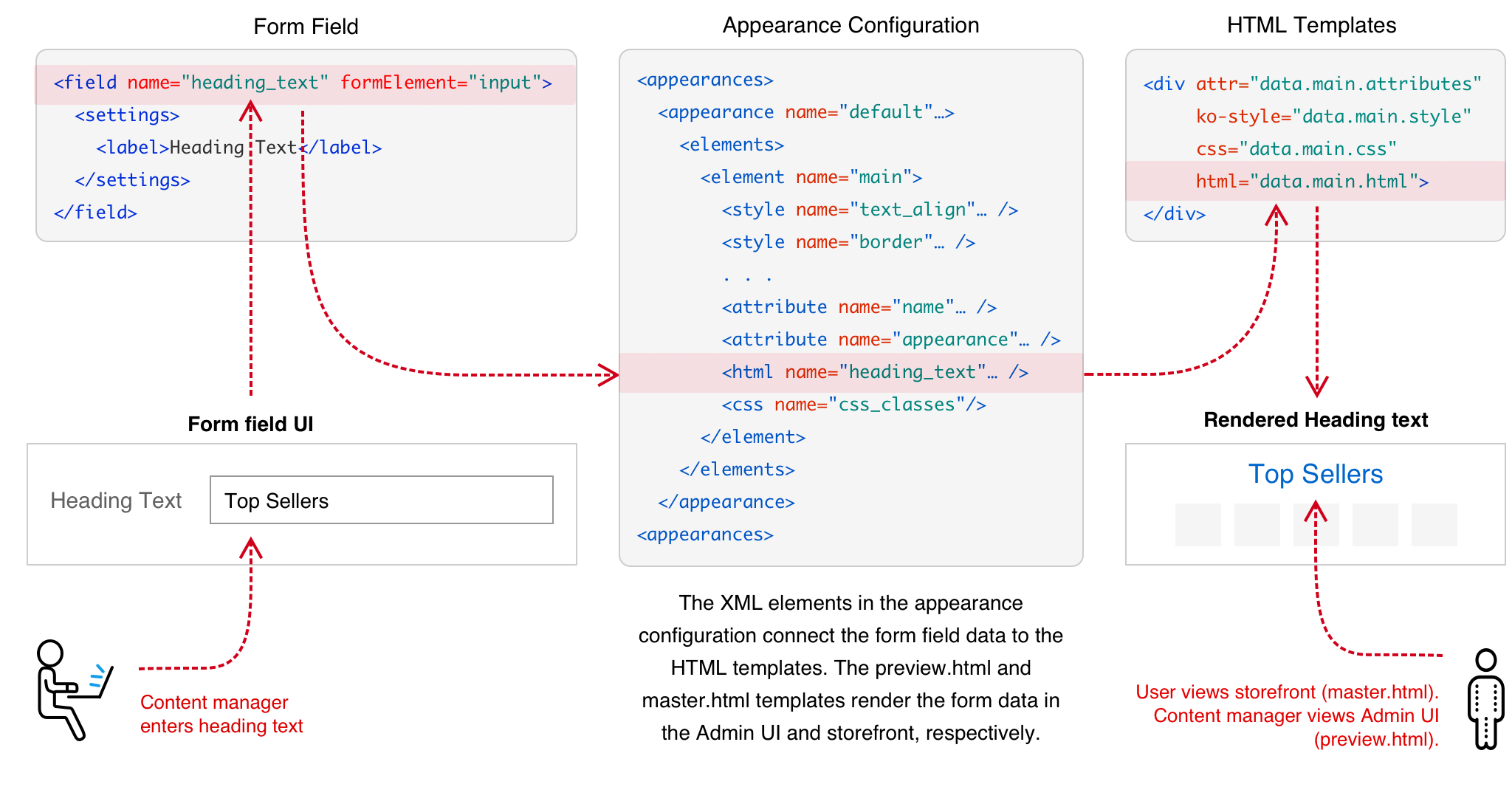 The same concept applies to styles, attributes, and css elements. These elements ensure that the form settings (both content and styles) get applied to the templates as expected.

An example banner.xml config file for a new simple-poster appearance is shown here:

Appearances for a content type can share the same form or use different forms. For example, the Products content type uses two different forms, one for each appearance. The Grid appearance uses the pagebuilder_products_form.xml to provide options for displaying products in a grid. While the Carousel appearance uses the pagebuilder_products_carousel_form.xml to provide extra options for displaying products in a carousel.

Content type form used by default for all appearances

Adding a form to an appearance

Appearances use different HTML templates to create different layouts. They also use templates to apply different styles to the same layouts. For example, the Banner uses four sets of preview.html and master.html templates, one set for each appearance: 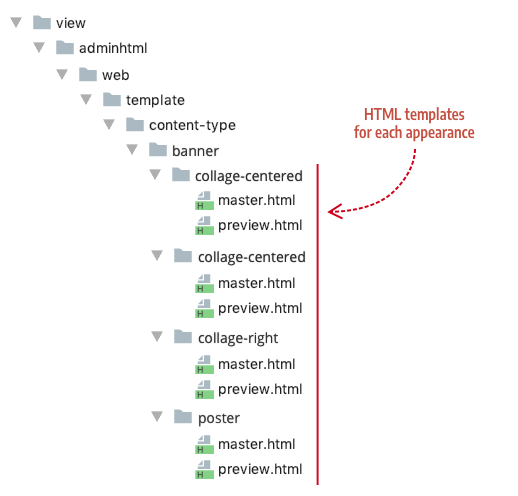 Notice how Page Builder organizes the Banner templates by appearance name. We recommend the same practice when adding templates for your appearances.

To create templates for additional Banner appearances, such as the simple-poster described in steps 1 and 2, add a new appearance folder with your master.html and preview.html templates, as shown here: 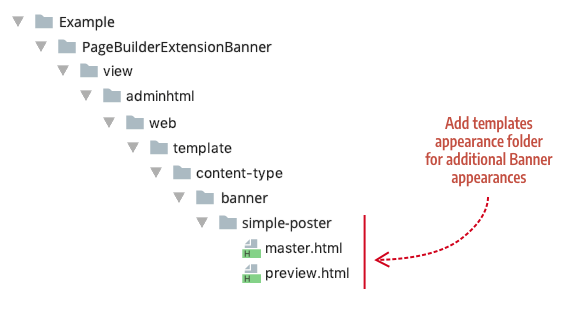 Appearances use different CSS/LESS files to create different visual styles for a content type. For example, the Banner content type uses a different .less file for each appearance, as shown here: 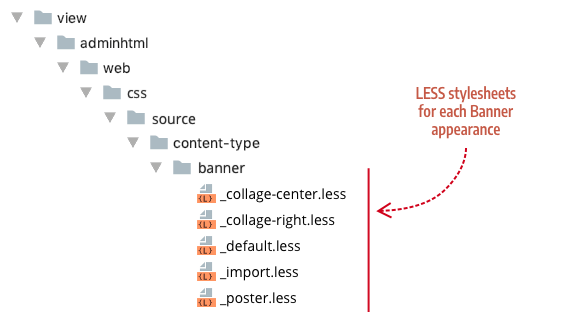 To create a stylesheet for an additional Banner appearance, such as the simple-poster, add a folder named banner and a .less file with the name of the appearance, as shown here: 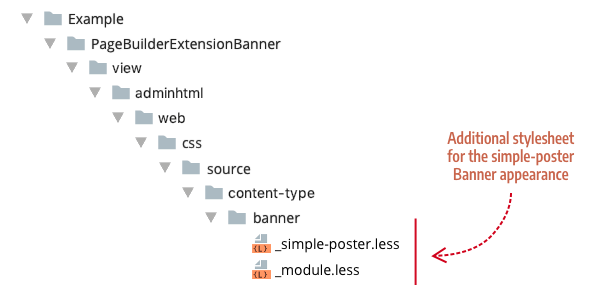 The _module.less file is an import file that ensures the additional stylesheet gets added to the existing Banner styles. The _module.xml file for our simple-poster.less file looks like this:

Use _module.less for import statements

An example module for this topic is available for download in the pagebuilder-examples repository.